To kick things off, we will hear from Taylor – aka my man. 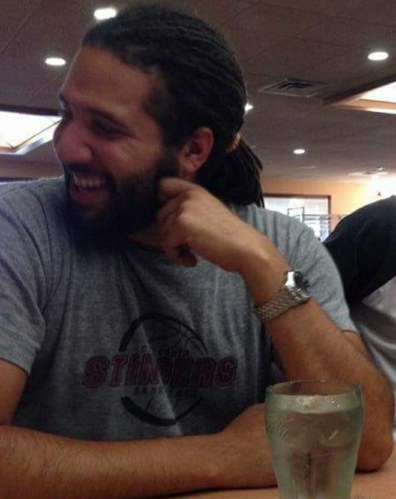 My Climb up the Caloric Ladder

Who’d of thought that a dusty bathroom scale could be so terrifying?

The concept of ‘weight gain’ is a relatively new term to me. Sure — I know what it means, but I had never previously been so affected by its cruelty. From fifteen to twenty-five years old, I was a high-level basketball player who practiced six times a week, four to five hours a day. The only fluctuation in my weight was sweating out five pounds in practice, only to gain it back at the bar later that weekend. Now, three years removed from that routine I find myself in uncharted and increasingly frustrating territory.

At my best, a lean 255lbs athlete who could run for days on a steady diet of Souvlaki George finds himself two stone (25-30lbs) heavier with an unhealthy on-again off-again relationship with dieting. As the wiggle room in my belt grows smaller, so too does my window for an easier path to weight loss. Only a year shy of turning thirty – I’m painfully aware that the longer I wait, the harder this quest becomes. And if I don’t want to invest in a cattle scale – something’s got to give.

“The game has changed, but the players are the same”. (Let’s see if any of the four people reading this get that MacGruber reference). Like most recently retired athletes, it’s quite easy to lose the workout habits and routines, but near impossible to drop the eating ones. When I was playing, I was shoveling more than seven thousand calories into my gullet every day just to sustain myself. I got used to eating a lot, and I liked it. Problem is – I still do. Now, there is no way I could burn off 7,000 calories in a day…but I eat as if I could. Therein lies the problem. I have the eating habits of an athlete, despite the fact that I’m a few years off from being worthy of that moniker.

So where does one turn from here? The no carb thing? The ‘dry’ stretches of no alcohol? In theory those options are fine, but disastrous in practicality. You need to drastically scale back any semblance of a social life to abide by these diets. I tip my hat to the guy who can sit in a bar with friends during playoffs and drink a glass of water and eat salad. Have you ever tried to not pick at a plate of nachos in front of you? I have — and I’ve failed every time.

It’s this repetitive failure that’s caused the gradual up-tick in pounds these past years. I know what I need to do, and could regale the casual listener with tips on nutrition, metabolism, healthy fats, good cholesterol, etc. It’s walking the walk that I seem incapable of doing. My once disciplined self has disappeared and, in its stead left a willfully ignorant, complacent procrastinator. But is that entirely my fault? My fragile ego insists that it isn’t.

As I’ve said, my lifestyle has changed. By hanging up my Nikes I’ve effectively plucked the need to be in ‘tip-top’ shape from my life. With no more yelling coaches, cross town rivals trying to outdo me or cute cheerleaders in the stands to impress, why wouldn’t I eat that large pizza to myself? Meghan might have something to say about that last one, but she asked me to write this, so that squares us. Right?

This takes us to the battle of the scale — that little inanimate object tucked away in the corner of the bathroom, who only comes out to either ruin my day or sucker me into another 24 hours of quinoa and kale. But fret not – there is a light at the end of this inconvenient tunnel. As my poutine withdrawals begin to subside, it’s becoming clearer that it takes weeks of settling into a routine before you notice a downward trend on the scale, and that it won’t happen overnight. No matter what you do, that pesky little scale will always show you more than you hoped, but you’ll get him in the long run. I’m minus ten from when I started a fortnight ago – and my well-fed exterior is beginning to look more and more ‘peckish’.

Next week, Meghan and I are off to the nutritionist for sage advice into how to take dieting to the next level. That will cap off three weeks of tortuous healthy eating, so my girlfriend has so lovingly decided to celebrate this milestone (with a little help from a well-timed birthday – thanks, Mom) with a dinner at Gibby’s, for what one can only hope will be an almost illegal amount of steak and potatoes.

My journey from Athlete to Flablete (and hopefully back again)